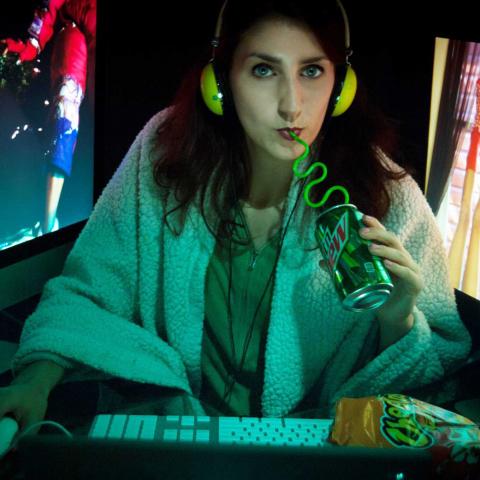 Desireé Moore is a multidisciplinary artist with emphasis on the intersections of film, video and installation. Her work is dedicated to pointed examination of gender performance and the construction of gender found in American culture and media.

Her professional experience on film productions in camera, direction, and post-production has contributed to her video work, which often deconstructs narrative design.

She has shown work nationally and internationally in theaters, drive-ins, film festivals and museums, including: The Armory Show in New York, the Aesthetica Film Festival in York, UK to the Borscht Film Festival in Miami and the Art and Culture Center in Hollywood, FL, The John and  Mable Ringling Museum of Art in Sarasota, Florida, the New Art Center in Massachusetts, CICA Museum in South Korea. She was recently awarded grants from Creative Pinellas and the Arts Alliance.

She also collaborates with Radar Art on the Barter Boat, a nationally traveling public art project that has visited Minnesota, Indiana, Maryland, Georgia, Arizona, Colorado, and Michigan to date.