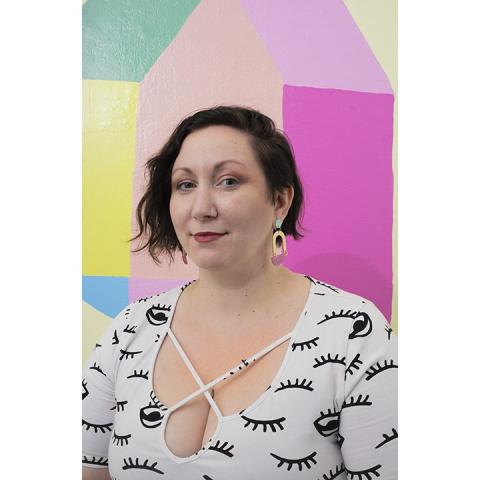 Madeleine Marie LeMieux (b. 1982, Chicago) lives and works in Columbia, Missouri. She received a BFA with an emphasis in Art History, Theory and Criticism from The School of the Art Institute of Chicago in 2007, a MA in Visual Arts Administration from New York University in 2011 and a MFA in Painting from the University of Missouri in 2021. She has been exhibiting her artwork and using art as a tool for community organizing since 2004.

LeMieux has founded and directed two experimental emerging artists spaces: OAO Galleria in Chicago, IL from 2004-2007, and the non-profit gallery and residency program, Resident Arts in Columbia, MO from 2014-2020. Her work has been exhibited throughout the Midwest, New Mexico, New York, and Virtually; and will be featured in New American Paintings, Midwest Edition #155 in 2022.

She is currently working as the Art on the Move Coordinator and as Adjunct Faculty in the Arts Entrepreneurship Certificate for the School of Visual Studies at the University of Missouri.