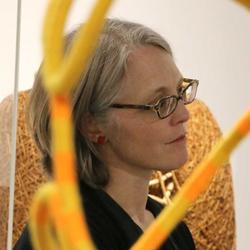 My pluralistic understanding of the American past and interdisciplinary approach to material and visual culture drive my research in American art. I address objects, beliefs, and practices that have been overlooked or marginalized in American art history despite their considerable influence on American life. This includes recognizing religion’s significant role in art production and interpretation, despite prevailing assumptions that modernization extinguished religious belief.  It regards fine art, traditional craft, and mass-produced objects as meaningful lenses into habits of mind and social praxis, not as categories of value. Finally, it focuses on art’s public presence and reception, including its display in department stores, dissemination in popular magazines, and integration in public education. By examining a variety of art and artifacts and situating them within the messiness of lived experience, I take seriously the cultural work of material and visual culture.

Drawing on historian early American historian Colin Calloway’s assertion that America is a “a world of mixed and mixing peoples” that emerged from the countless and constant encounters between and among Native Americans, European colonists, enslaved Africans, and free people of color, I use the lived experience of cultural contact – as embedded in the things people produce, purchase, and publish—as a model for analyzing visual media of all kinds. By examining the variety of art and artifacts produced at a certain historical moment, I underscore that material and visual culture does not transcend everyday life but is mired in its beliefs and values.

“To Struggle with the Unseen:” Keith Crown and Modern American Landscape Painting (work in progress)

"The Bible in Art" in The Oxford Handbook of the Bible in America, ed. Paul Gutjahr (Oxford University Press, December 2017).

Sites of Experience: Keith Crown and the New Mexican Landscape, Museum of Art and Archaeology, University of Missouri-Columbia, January-May 2013