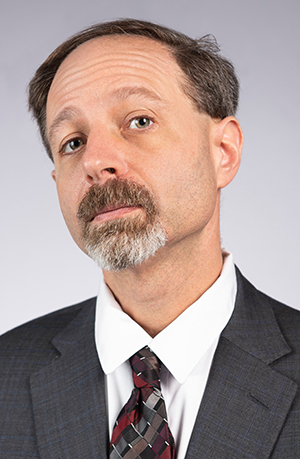 Brad Prager is Professor of German and Film Studies. His areas of research include Holocaust Studies, Film History, Contemporary German Cinema, and the art and literature of German Romanticism. He is the author of After the Fact: The Holocaust in Twenty-First Century Documentary Film (New York: Bloomsbury, 2015), The Cinema of Werner Herzog: Aesthetic Ecstasy and Truth (London: Wallflower, 2007) and Aesthetic Vision and German Romanticism: Writing Images (Rochester: Camden House, 2007). He is the co-editor of a volume on Visual Studies and the Holocaust entitled Visualizing the Holocaust: Documents, Aesthetics, Memory (Camden House, 2008), of a volume on contemporary German cinema entitled The Collapse of the Conventional: German Cinema and its Politics at the Turn of the Twenty-First Century (Wayne State UP, 2010), the editor of A Companion to Werner Herzog (Wiley-Blackwell, 2012), and, together with Roger F. Cook, Lutz Koepnick, and Kristin Kopp, of Berlin School Glossary: An ABC of the New Wave in German Cinema (Intellect, 2013). His latest book, on Christian Petzold's film Phoenix, was published in September 2019.

Professor Prager is currently (in Spring 2020) a Distinguished Visiting Professor of German at Washington University in St. Louis. He received the Chancellor's Award for Outstanding Research and Creative Activity in 2015, and an Excellence in Education Award from the Division of Student Affairs in 2016. He has been a DAAD Guest Professor at the University of Paderborn, where he organized the conference “The Holocaust on Screen in the 21st Century." He is the university's appointed representative on the state's Holocaust Education and Awareness Commission, has been a guest at the United States Holocaust Memorial Museum, teaches for the Holocaust Educational Foundation in Evanston, and is the co-organizer of the annual documentary film conference “Based on a True Story” at MU. In the Summer of 2017 he was a Guest Professor in Literature and Media at the Otto-Friedrich-Universität in Bamberg.

He is on the editorial boards of New German Critique, the German Studies Review, and the Leo Baeck Institute Year Book. Together with Erin McGlothlin, he is the co-editor of the book series Dialogue and Disjunction: Studies in Jewish German Writing and Thought.