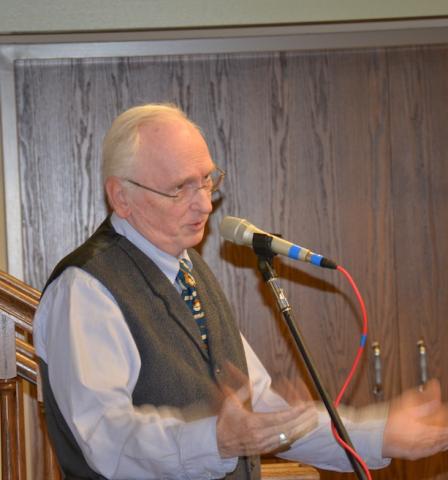 Howard Wight Marshall is Professor Emeritus and former chairman of the Department Art History and Archaeology, and former director of the Missouri Cultural Heritage Center, at the University of Missouri-Columbia.

Dr. Marshall has written articles and books on regional art and culture, including Missouri fiddlers. He also records and plays music on the Voyager label; his album Now That’s a Good Tune: Masters of Traditional Missouri Fiddling (1990) was nominated for two Grammy awards. His monographs and edited books include Buckaroos in Paradise: Cowboy Life in Paradise Valley, Nevada (1981) , Folk Architecture in Little Dixie: A Regional Culture in Missouri (1981) , Missouri Artist Jesse Howard, with a Contemplation on Idiosyncratic Art (1983), The German-American Experience in Missouri (1986), Barns of Missouri: Storehouses of History (2003), Play Me Something Quick and Devilish: Old-Time Fiddlers in Missouri (2013), and Fiddler's Dream: Old-Time, Swing, and Bluegrass Fiddling in Twentieth-Century Missouri (2017). The last two titles are part of a trilogy with the University of Missouri Press, with the final volume, Keep It Old-Time: Fiddle Music in Missouri from the 1960s Folk Music Revival to the Present, forthcoming late in 2022.