Vanessa Viruet straddles borders. In her own words, “[She’s] not quite Puerto Rican enough, American enough, or Queer enough, and [her] work is an attempt to understand those distinctions.” Her artistic practice is dedicated to material explorations through the language of flags. The emblem of a flag is used to construct meaning and identity, serving as a mirror for examining the cultural self. She uses the bandana as an example of socioeconomic cloth, one associated with her own upbringing. Flagging and introducing this icon into a gallery setting is an effort in connecting the vast space between the art world and various communities of those often labeled as “outsiders”. Viruet exaggerates scale as a literal and symbolic gesture of intervention, a way of colonizing and claiming space in the world as a queer, Latina woman from el Barrio.

Vanessa Viruet is a Chicago based fiber artist of Puerto Rican descent. She was raised in Milwaukee, WI and received two degrees from the Maryland Institute College of Art, a M.A in Teaching and a BFA in Fiber. Viruet creates monumental scale artworks to examine the complex histories rooted in textiles. Her work addresses issues such as identity, cultural heritage, gender and class. For six years she served as an art instructor for Chicago Public Schools and in 2018 she received her MFA in Fiber from Cranbrook Academy of Art. She recently completed an apprenticeship at the Fabric Workshop and Museum in Philadelphia and an ACRE summer residency in Steuben, WI. Viruet exhibits her work nationally and has studied abroad in France and Jamaica. She currently teaches at the Art Institute of Chicago. Someday she hopes to have her own college scholarship for artists of color. 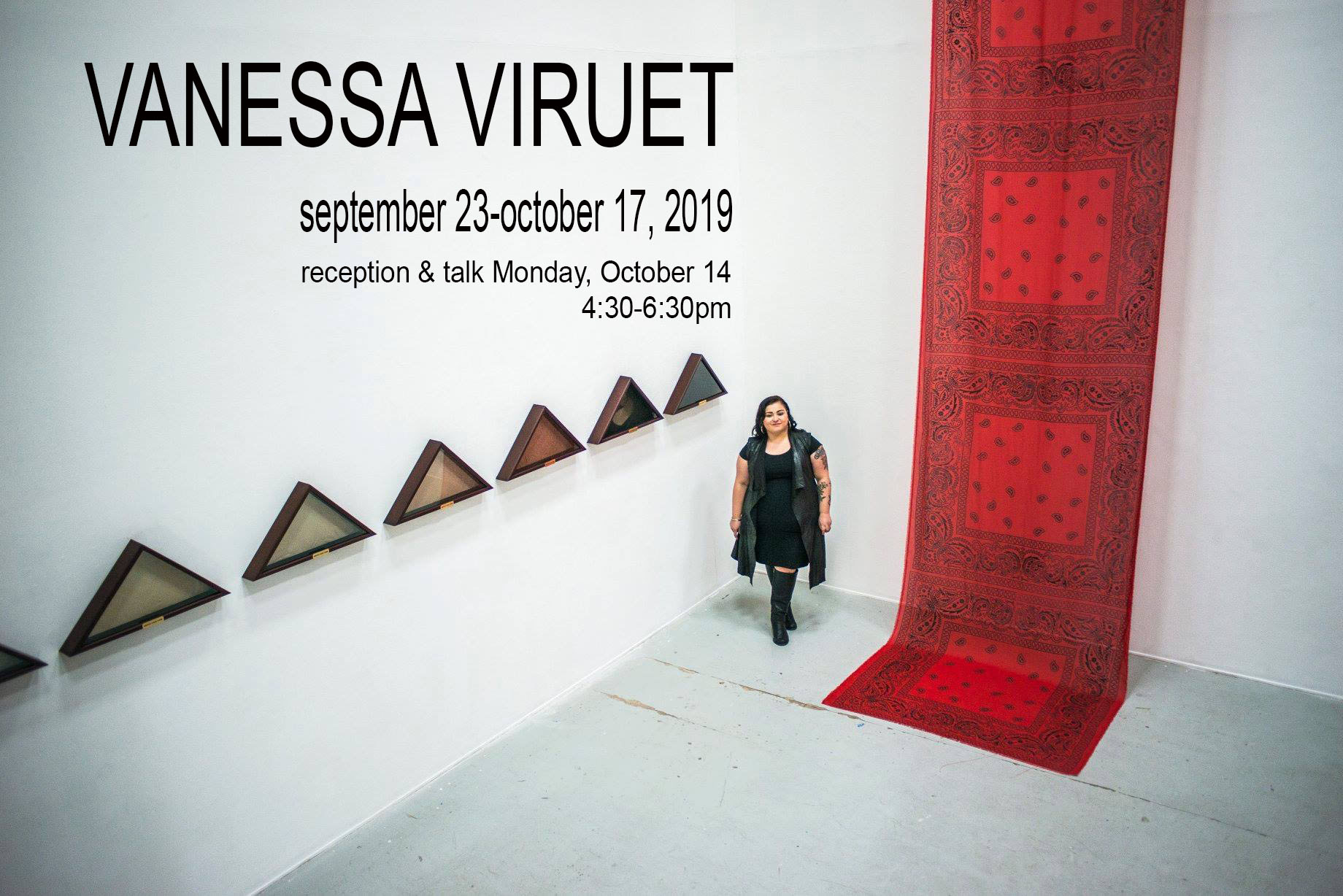